Children from Loughborough Primary School in Stockwell took to the streets on Friday 20th March to plant up new raised beds designed and built by Father Nature to improve safety outside their school gates. The Planting Party was a huge hit with the kids, some of them even gave the plants names including 'Lightening' and 'Electric Fred'!

Outside the school gates at Loughborough School has always been a challenge for the staff. 'The road outside the school is really dangerous’ said Deputy Head Marcella Madden, 'People driving too fast or parking on the build-outs at drop-off and pick-up are a real threat to the children’s safety.'

When Lambeth Council tasked Father Nature to address the problem, we were more than happy to oblige. 'We regularly use horticulture to address social issues from fly tipping to loneliness' says Father Nature’s director, Crispin Swayne. 'Loughborough school has a strong growing ethos so we decided to replace the ugly and ineffectual bollards outside the school with some sturdy but eye catching raised beds. We've also learnt that making the local community central to planting them up is the best way to ensure everyone gets the most from this type of street furniture, as well as getting people, especially kids, into growing'.

The beds are a definite hit with the school: 'Raised beds not only slow the traffic and stop illegal parking, but make the world around the school a prettier and healthier place' said Marcella. 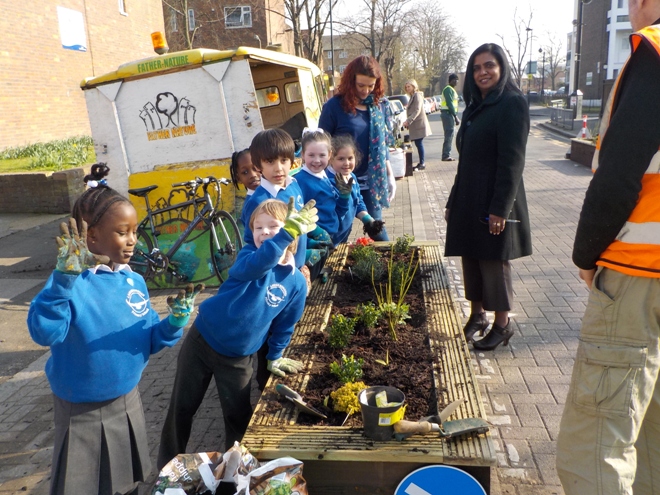 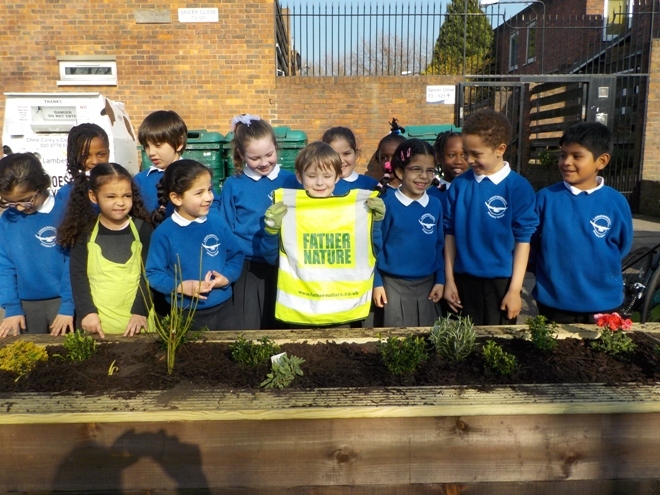